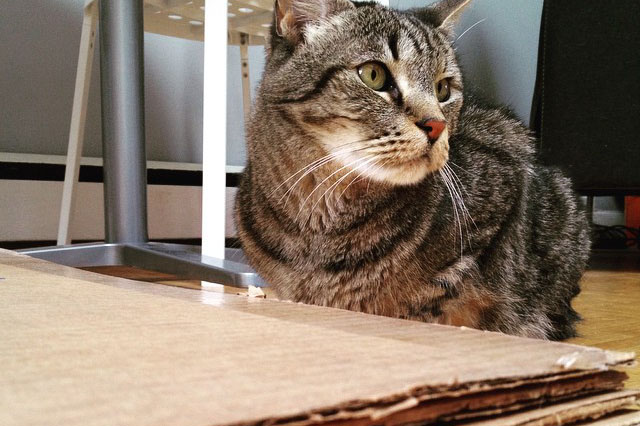 We had a month to mull over the possibility, and then one weekend to decide. Tim was offered a post-doc research position at the University of Turku in Finland for 1.5 years, basically the academic year of 2015-2016. With his research position ending in Montreal in September, 2015, and only a few real options in the US we are packing our bags.

Of course before the bags can be packed there are approximately one million things to do here in MTL before we leave. So I have lists and sub-lists and I am trying to keep organized about all of the details. I feel like we made the move 14 months ago from the US to Canada, so we certainly can figure out how to get to Finland.

On the Finland front, we actually have a furnished apartment lined up. Most of the furnished apartments that are searchable online are crazy expensive, and/or many of them are far outside of the city. The researcher Tim will be working with sent us a few postings from the University intranet and one of them looks perfect! The location is great, both for Tim’s new office and also downtown. We are just waiting to confirm dates when we can move in. Also not exactly sure how we can pay a deposit in euros…but we will figure that out when the time comes.

On the list this week is to head out to Ottawa to finalize our applications for residency and for a personal identification number. We are lucky that as Americans who legally reside in Canada, we can go to the embassy in Ottawa instead of our country of origin. This week, I also hope to connect with movers who can ship our stuff from Montreal to Colorado for storage at my gracious parent’s house.

Speaking of my gracious parents, the saddest part of this move is that Loki will have to take an extended Colorado vacation instead of making the trip to Finland. This was probably the hardest part of making the decision to accept the job. But I can’t see dragging my squirrelly 13 year old cat across the ocean and back. I also don’t think we would have found a furnished apartment that allowed for pets. In late June (probably, hopefully) I will drive him out to Colorado were we will all have some time together to help with his adjustment.